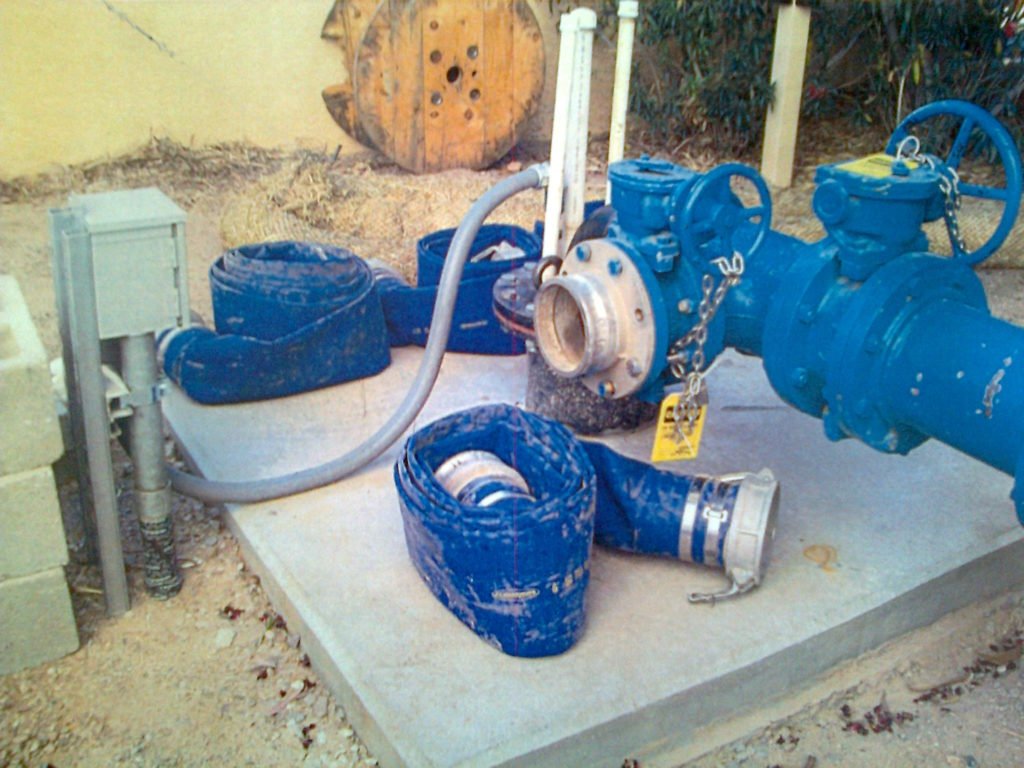 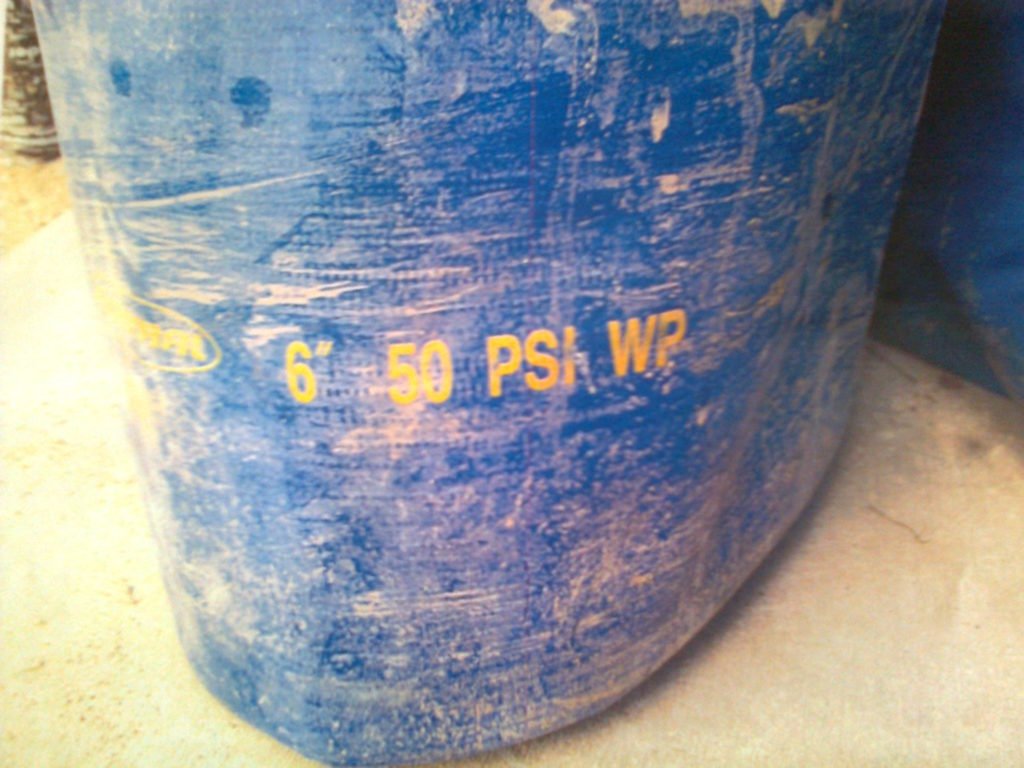 On May 10, 2012, a Metro Water District supervisor directed deviation from the standard pump test procedure resulting in this flushing hose being overpressurized to the point of structural failure.

Calculations performed by Metro Water District supervisor and operator prior to this pump test revealed an anticipated “dead-head” pressure of 138 psi. The 6″ blue flushing hose used in this test is clearly rated for only 50 psi as depicted in photo.

Metro Water District onsite supervisors instructed a distribution operator not to install the testing pressure gauge at the threaded port on the steel piping, and not to use the wheel operated throttle valve near the threaded port.   A “pump-off” trailer of the Metro Water District’s Deputy General Manager’s design was instead coupled inline and downstream of the standard test gauge and valve throttle point.   The throttling of the hydraulic load at at the downstream “pump-off” trailer location resulted in overpressurization to the point of failure of the upstream flushing hose.  The flushing hose could not withstand the hydraulic pressure load imposed, and ruptured, exposing operators nearby and the electrician working in the electrical apparatus under electrical load to being soaked by the semi-conductive spray from the rupture.  District equipment was damaged and workers at the scene were exposed to possible electrocution and arc blast. Neither of the two Metro Water District supervisors directing the incident on May 10th 2012 notified Metro Water District’s Risk Management of the incident.

Metropolitan Domestic Water Improvement District of Pima County in Tucson, AZ was cited by Arizona Department of Safety and Health (ADOSH) following one state investigation where it was determined that Metro Water District had not followed its own procedure regarding post-incident investigation.

Apparently the incident was no accident, with management un-remorseful and willing to continue the unlawful retaliation AND with Metro Water board complicity, next stop: